My JA Story: Improving the lives of visually impaired people 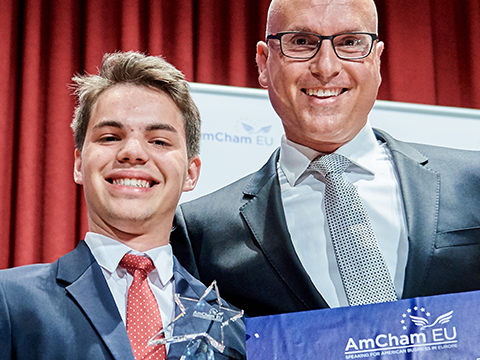 "Innovation is one of the most important aspects of today’s industry. Even if this may sounds hard to achieve, you just need to analyze the real needs and problems of the society and see what can be improved. I advise all the other businesses to show how they improve the world as we know it by innovation and why their business is going to still be valuable in the future".

Could you explain how your business has evolved since last year?

One of the important changes that were made regarding our business consists in shifting the name from Oculus to Mitra so we won’t create confusions anymore. Also, since the last year our team has grown, now having 10 students who live in different countries such as The Netherlands, United Kingdom, Germany and Romania.

The Mitra Glasses prototype has more functionalities implemented, such as haptic feedback, temperature sensors and many more. We are also working on a new design that allows our technology to be integrated into a normal-looking pair of glasses. We are also planning to soon start a crowd-funding campaign that would further allow us to start commercializing the Mitra Glasses.

How did you spend the AmCham EU Youth Entrepreneurship Award cash prize?

We used the cash prize to attract new opportunities and to continue the research and development of Mitra in order to come up with a marketable product that fits most of the needs of the final users. It was also used to promote Mitra at multiple international conferences and events. We didn’t yet spent all the cash prize since it is going to be used to produce a competent crowd-funding campaign.

Tell us more about the mentoring opportunity you receive atfer the Award?

One of the biggest opportunities brought by this competition is the chance of meeting big entrepreneurs and CEO’s from all around Europe. So far I had the pleasure of meeting Pierre Dejoux (President, Otis) and Bruno Berthon (Manager Director, Accenture) in Paris last year. I have talked with Nando Cesarone (President, UPS), but we are also going to meet in Belgium. I would categorize the meetings and discussions with these people being eye-opening, showing me how I should seek business opportunities and most important, what I should improve in order to have even more success with my projects.

What are your projects for the future?

One of my biggest projects so far is to finish my studies since I am a first year Electrical Engineering student at Eindhoven University of Technology in the Netherlands. On the other hand, besides growing Mitra, I have other incoming tech projects that I can’t quite reveal yet. All my work is focused on developing tomorrow’s society by using technology, which became our second nature.

"By forcing you to get out of your comfort zone and develop yourself and your ideas, enrolling in those competitions is the best way of learning more about entrepreneurship. Growing your network and getting to know new projects and technologies are just few of the benefits brought by participating to this kind of opportunities." 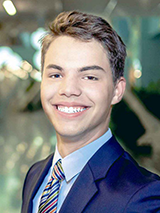 Tudo Popa took part in the JA Company Programme in Romania with JA Romania in 2016. He formed the Oculus team with his colleagues from Lyceum in Bucharest. Together, they invented, at the age of 17, a pair of glasses - the Mitra Glasses - which help the visually impaired people to gain independence. His invention was awarded all over the world, and if Tudor Popa raise enough money this year, it could be mass produced soon. Since last year, he is studying at University in Eindhoven in the Netherlands, in a region known as the “European Silicon Valley”.