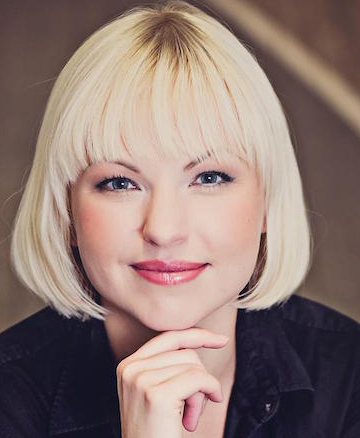 I was born in the Soviet Union and was an average student at an average school—not exactly set up for success. My home town of Pärnu was tiny, with 40,000 inhabitants—a village by most of the world’s standards. At sixteen I was given a school assignment to create a student company with my classmates. It was part of the Junior Achievement Young Enterprise economical study program that my school had joined.

Excited about this out-of-the-blue opportunity to feel important and business-like, I came up with an idea for a product:  a reflective accessory that looks cool and makes clothing visible to cars in the dark (in hindsight, they were initially neither particularly cool nor able to survive a rainy day…).

I rushed home to share my excitement with my parents. The way I see it now, given the circumstances, they could have responded in either of these two ways:

1)The easy option was to remind me that I had no education, was born and raised in a remote post-Soviet country that the world had never heard of, and thus had no background for success. It would have been reasonable for them, as parents, to ask their daughter to focus on getting better grades, following the traditional dotted line to success.

2)Their second option was to encourage me to believe that my ideas could make a difference if I worked hard on executing them.

I was lucky enough to have parents who helped me believe in my own superpowers. It was my dad who suggested I take my idea to the patent office (that’s when I learned what that even meant!) and start finding clients. I opened the yellow pages catalogue (this was before the era of Google, of course) and found both — the patent office where I patented my idea, and my future customers.

A few years later I had sold hundreds of thousands of my little life-saving reflectors across Northern Europe. At the age of nineteen I was speaking in the European Parliament on behalf of young European entrepreneurs.

Today I am the founder and a CEO of a year-old startup Jobbatical spanning already across forty countries with team members from nine countries.

My father passed away a few years after my high school, but his support, together with Junior Achievement, had opened a door for me for which I am ever thankful. This is a door that exists in all of us. It’s the door to the greatest superpower of them all — the belief that you can make a change. I hope we can help open millions of these doors across Europe by mixing and matching our experience and knowledge on the Board of Directors of Junior Achievement Young Enterprise.

Read article in New Europe: "From a JA alumna to a successful entrepreneur" 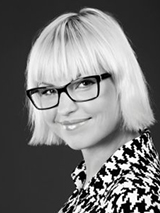 Karoli is the founder of Jobbatical.com – a marketplace for international career adventures. She founded her first company at the age of sixteen (officially becoming the youngest inventor of Estonia) and she hasn’t slowed down since. Altogether she has founded three and directed five companies in the media, marketing and recruiting fields. This included successfully leading the launch of seven television channels in Northern Europe (including National Geographic Channels, MTV, and Fox entertainment). She was named one of the 20 most promising young entrepreneurs under 25 in Europe by the prestigious international business magazine BusinessWeek. Karoli is also an alumnus of Singularity University. She is passionate about the unbounded potential of the Millennial generation and confident that we are on the brink of an unprecedented revolution in the world of work.