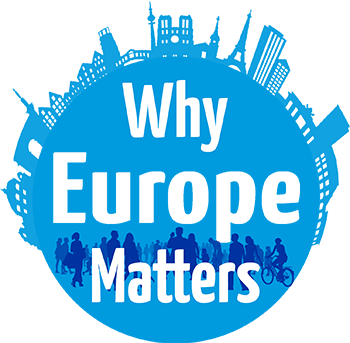 Terrorism, politics, the Euro and migration have dominated the front pages of newspapers across Europe and have taken their toll on the hopes and ambitions of young people. While youth unemployment continues to fall across the content, a fifth of all those aged between 16 and 24-years-old remain out of work.

“Why Europe matters” will reach out to young Europeans, to invite their opinions on issues of concern to them, to work with them towards developing an agenda for action, and to invite leaders to engage with them.

Based on a survey among young people and their perceptions of Europe’s future, several innovation workshops will be organised across Europe involving young people and business leaders. They will exchange views on their vision about the EU, how they do/would like to benefit from it, how to better hear young people’s voices, and discuss topics such as Europe’s economic development and youth employment.

Europe’s youth remains the EU’s greatest source of inspiration and opportunity. Only by making youth a priority and re-engaging with the visions, concerns and ideas of young people can Europe hope to overcome the challenges, which have rocked it and renew confidence that stability can return.