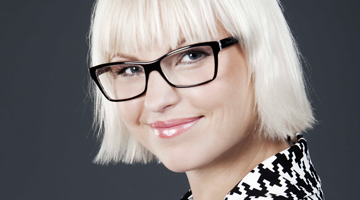 Karoli is the Founder and CEO of Jobbatical.com. Jobbatical is where techies and creatives meet employers across the globe who want to borrow their skills.

She has previously founded three and managed five companies in television and marketing field.

Having founded a student company startup at the age of 16, Karoli became the youngest inventor of Estonia after registering a patent for soft pedestrian reflector. Thousands of her products have been and are still sold in Northern Europe. In total she has two registered patents, three registered design solutions and two international trademarks in her name.

In 2006 Karoli helped to launch of MTV (Music Television) Estonia as a Marketing Manager and in 2007 took over as the Country Manager of MTV Estonia, tripling the sales by 2009.

She is an alumni for Singularity University. Twice been a nominee for the Europe’s Young Entrepreneur award (‘Business Week” in 2007; Junior Achievement Young Enterprise in 2008). In 2010 was chosen to be among the global Leaders of Tomorrow at the St. Gallen Symposium.