Building an entrepreneurial future for Europe 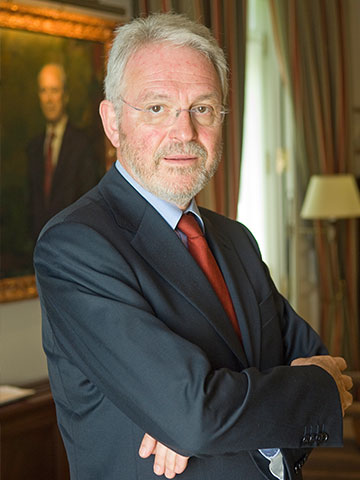 The economic crisis and the new challenges faced by European societies have led to the emergence of a new group of young students who are characterized by their passion to become an entrepreneur and their ability to face the risks attached to join a business activity.

The future challenges of our societies are amazing. The economic recovery of western economies draws a new panorama, which calls for renewal of entrepreneurship abilities, enhanced leadership responsibilities and a new social compact addressed to create new jobs –especially for young and people older than 50 years old – and contribute to social justice. In this context I want to point out that businesses are the drivers of economic growth, a source of wealth and job creation but also a school of values.

Nowadays we live in a period of time in which the new technologies, digitalization, the technological development and its diffusion are changing the world. Experts agree that internet and mobile phones have been the most relevant changes in the technological world during the last years. This issue has allowed young people to break in to the business environment, in fact because most of the projects do not need a high investment. However, things are changing. In the near future, according to Salim Ismail, Founder of Singularity University, new technologies will move forward through artificial intelligence, synthetic biology, 3D printing, big data, robotic, and new advances in the biological and neuroscience fields. We can see these tendencies in some of the projects submitted for JA Europe Company of the Year Competition 2015.

The new tendencies in science are disruptive and accelerated and they will require to the new entrepreneur and the new business angels an adaptation; especially in those activities with high economies of scale that greatly reduce the marginal costs closer to zero. Internet would become the key of the process and will require more machines and, of course, people better trained. So, of course, Junior Achievement must advance in this direction and contribute to educate in leadership and entrepreneurship the new generations.

Junior Achievement with all its background is a space of connectivity and training on the basis of new criteria; that is, a space in which relationship between people and ideas are set in an open context in which the information is spread with greater flexibility and speed in any preceding time through networks. And that is the reason why Junior Achievement is a network and a space in which relevant information exchanges take place as we will see in the JA Europe Company of the Year Competition.

New times bring renewed leadership abilities and the strengthening of initiatives addressed to train our young entrepreneurs and young leaders by means of a strong commitment to new educational methods.

The role of JA Europe and its Company of the Year Competition is to teach young people about enterprise, entrepreneurship, and “economic literacy”. By focusing on the importance of market-driven economies, the role of business in the economy, and the relevance of education in the workplace, they are able to communicate the impact of economics on a young’s future, and highlight the commitment of business to social, environmental and ethical issues.

In my opinion, Junior Achievement programmes help to prepare young people for the real world by showing them how to generate wealth and effectively run companies, how to create jobs which make their communities more robust, and how to apply entrepreneurial thinking to the workplace. So, education and entrepreneurship interact in a creative way. It is just this positive feedback which is inspiring and gives a great value to JA Europe’s initiative.

Professor of Applied Economics at the Complutense University of Madrid. His previous government and academic activities include the following positions: research fellow at the London School of Economics and fellow visitor at the Universities of Warwick, Perpiñán, Pavía, Autónoma of Barcelona, Pompeu Fabra and Alcalá de Henares. Distinguished expert of the OECD and the European Communities. Deputy Head of Studies of the Spanish Ministry of Industry and Energy (1990-1992) and Delegate of Spain in the Industry Committee of the OECD in Paris. Between 1992 and 1995 he was Commissioner of the Spanish Court for the Defence of Competition and President of the above mentioned Institution (1995-2000). Academician of the Reial Acadèmia de Doctors and Economist Distinguished of the College of Economists of Catalonia. He has been distinguished with the Great Cross of the Order of the Civil Merit, the Merit Distinction by the Ministry of Economy and the Medal of Services rendered to the University. He has been Director of the Rafael del Pino Foundation and he is currently Vice President of the Advisory Board and Patron of the Rafael del Pino Foundation. Also, he is Vice President of the Spanish Association of Foundations.